How to trade forex for beginners

‘How can I learn to trade forex?’

“How can I learn to trade forex?” is the first question people ask after they have seen the videos and read the hype about how much money forex traders claim to make.

The fact that easy money is the incentive for people to start trading explains why only about 2% of traders really make a profit after costs. But no warning that forex trading is not what it seems to be, will discourage people once they are told what they want to hear, so here we go.

We don’t say you should never pay someone for good mentoring, or to participate in a trading group where a successful trader shares her knowledge and trade with her members.

We do say that we live in the technological era where information is as far as Google. By researching forex trading, would-be traders can get far enough to be able to trade in a manner that grows their trading funds.

The reason why most traders are not profitable is not because they don’t get training, it rather is because they believe the hype about “easy” money and expect to be profitable without much effort or by merely following a system.

Before you spend your trading money on training or trading software, do the footwork.

Anything worthwhile in life comes only after effort and dedication. Why would forex trading be any different?

Warren Buffett: Unless you can watch your stock holding decline by 50% without becoming panic-stricken, you should not be in the stock market.

Once you have researched forex trading deep enough to form a good idea of what it entails, you will realise that, what is needed for successful fx trading has little to do with other people and all to do with yourself.

If you buy the story that rich people have a secret for becoming wealthy and that some rich guy will share that secret with you for a hefty fee (because, hey, something this valuable does not come cheap!), you will without a doubt lose your money because your basic thinking is flawed.

Mark Douglas: Most investors believe they know what is going to happen next.

This causes traders to put too much weight on the outcome of the current trade, while not assessing their performance as a probability game that they are playing over time. This manifests itself in investors getting in too high and too low and causing them to react emotionally, with excessive fear or greed after a series of losses or wins.

These are the two drivers of all human trading behaviour, and you need to understand which one is at play with every decision you make and every action you take.

2 Things to guard against in forex trading

A fear such as the fear of missing out (FOMO) can entice a trader to deviate from his trading strategy because he is convinced that he knows what the market is going to do next.

Greed may let a trader risk more money than his risk management rules prescribe or his account can tolerate. Greed also occurs where a trader enters too large a position because he needs to catch up on previous losses (it could also be about the fear of account wipe-out created by the losses).

GREED – the need to possess increasingly more of something. Greed emotions include hope.

FEAR – a stressful state created by an awareness of impending hazard.

Read our FAQ for answers to popular forex questions

How do I overcome fear and greed emotions?

The first thing you should understand about trading success, is what makes the majority of traders unsuccessful.

An edge exists where the odds are in your favour that someone will enter the market and act in a way that will make your trade succeed.

How do you develop a trading edge? 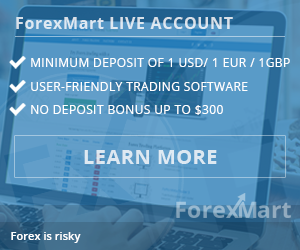